Bnei Yehuda settlement was established in 1972 after Israel’s occupation of the Golan heights, it was reportedly set up by workers from Israeli Aircraft Industries (www.iai.co.il). It is on the site of the Syrian area of Scopia which was depopulated when the Israeli military forced most of the Syrian residents of the Golan Heights out of their homes. It now has 1036 residents.

Bnei Yehuda boasts a Carmel Agrexco packing house. Agrexco are the largest exporter of fresh produce from the settlements to Europe and elsewhere.
On the road leading to Bnei Yehuda a factory bearing the Elbit logo can be seen. The factory appears to be manufacturing aircraft. Elbit operate in the UK and are involved in testing unmanned aerial vehicles (drones) at ParcAberporth in Wales (see http://www.corporatewatch.org/?lid=3470).
Near the entrance to Bnei Yehuda industrial area is a sign offering free land to people who want to settle, on the expropriated Syrian land, in Bnei Yehuda. 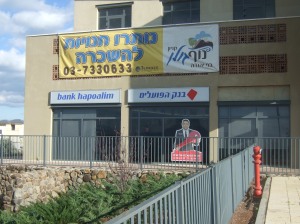 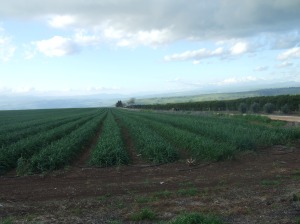 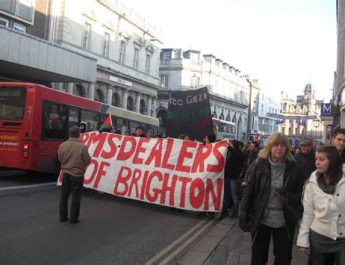