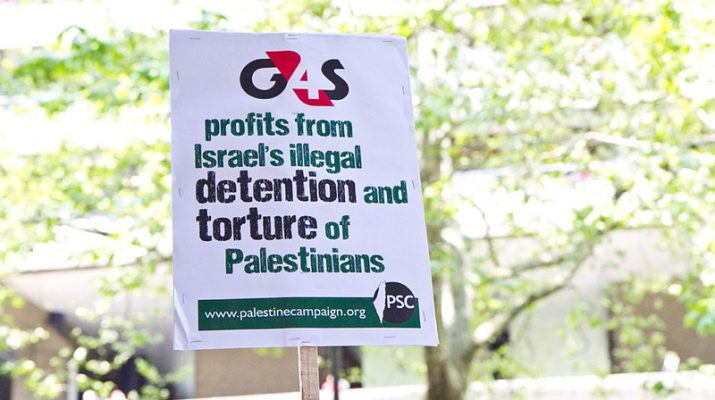 The Co-operative Asset Management, owned by the Co-Operative Group, has confirmed that it has ditched its investment in G4S. The Co-Op owned shares in the British-Danish company through the NCH Pumpkin Fund. Andy Hammerton, Public Relations Manager at the Co-Op told Corporate Watch that these had been divested in Summer 2012.

G4S has been targeted by a broad range of campaigners because of the company’s complicity in the occupation of Palestine, its involvement in the detention of migrants and its role in the privatisation of public services.

The Co-Operative Asset Management had been undergoing a period of ‘engagement’ with G4S over their contracts in Palestine. However, the Co-op claims that it “lost faith in the management” of G4S after the debacle over the companies bungled attempt to purchase services firm ISS.

Resistance against G4S is continuing apace, the Stop G4S network, set up last year with the aim of uniting the different struggles against the company, is holding its second convergence against G4S on April 6th in London. There is an international call for action against G4S in solidarity with Palestinian prisoners and against G4S’ contracts with the Israeli Prison service planned on April 17th. A demonstration has already been called outside G4S’ London HQ and plans are afoot for autonomous actions against the company.

The Co-Operative Group is currently in talks about the sale of the Cooperative Asset Management to Royal London. 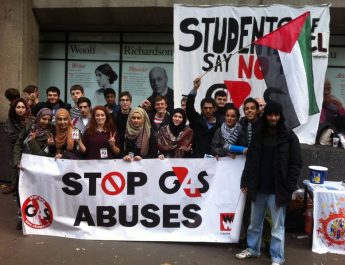 Palestinian prisoners’ association calls for the prosecution of G4S