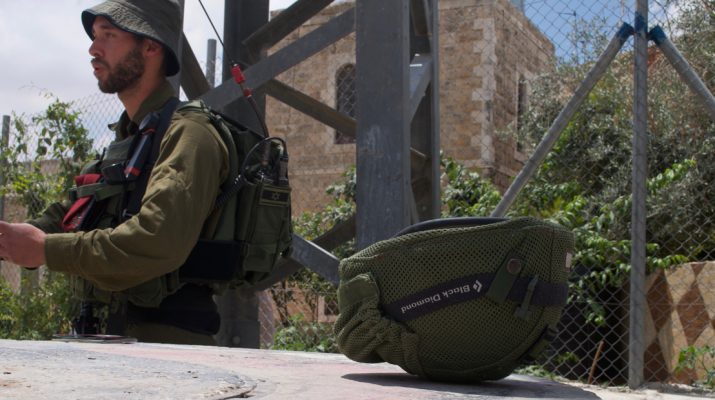 Equipment manufactured by Black Diamond, the popular US outdoor equipment brand, is in use by the Israeli military. Corporate Occupation’s researchers have seen and documented Black Diamond head torches (or head lamps) in use on several occasions in the occupied city of Al Khalil (Hebron). We have also seen evidence of soldiers wearing them during night raids in Hebron and Bil’in.

The Black Diamond brand is owned by the US multinational, Clarus Corporation. It manufactures consumer outdoor products such as skiing and climbing equipment, torches and hiking poles. Black Diamond products are sold in the UK by Cotswold Outdoor, Decathlon, Millets, Blacks, Snow & Rock and Ellis Brigham, as well as independent retailers.

The torches are used by the military during night time demolitions of Palestinian homes, and in night raids on Palestinian communities. Night raids are used as a tactic of intimidation, and are extremely traumatising to people who experience them, particularly children.

When contacted by Corporate Occupation, a representative of Black Diamond claimed that:

“The Black Diamond brand is not involved nor promotes activities that involve harming for human beings, animals or our environment! Furthermore, Black Diamond doesn’t have any direct cooperation with any military supplier in Israel.”

Other suppliers advertise that the ‘Hassa’ Israeli army helmet has a torch attachment, which is compatible with both Black Diamond and Petzl headtorches.

The company claims that it is not able to control how all of its products are used. A company representative said that in some markets the company is able to “monitor sale channels to a 100%, there are some markets out there where our hands are [sic] tight to a certain degree on how those products are being used, bought and sold.”

However, if Black Diamond is serious about not promoting activities that cause harm, it should take steps to ensure that Israeli military suppliers are not able to buy its products. Better still, the company could heed the Palestinian call for boycott and exclude all Israeli companies from purchasing its products.

It’s worth pointing out that Black Diamond give discounts to military personnel in North America, making a mockery of the assertion that the company does not promote activities that cause harm to human beings.

Corporate Occupation has made repeated attempts to start a dialogue with Black Diamond about the use of its head torches by the Israeli military. Although we received an initial response, we did not receive answers to all of our questions.

Please stand in solidarity with those experiencing night raids in Palestine, and write to Black Diamond asking them to take steps to exclude Israeli companies from their supply chains. 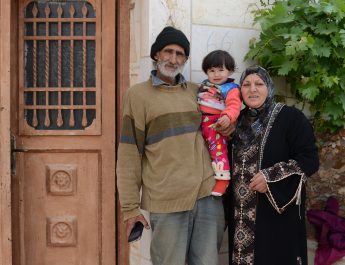 ‘Companies should work for humanity instead of bulldozing homes’