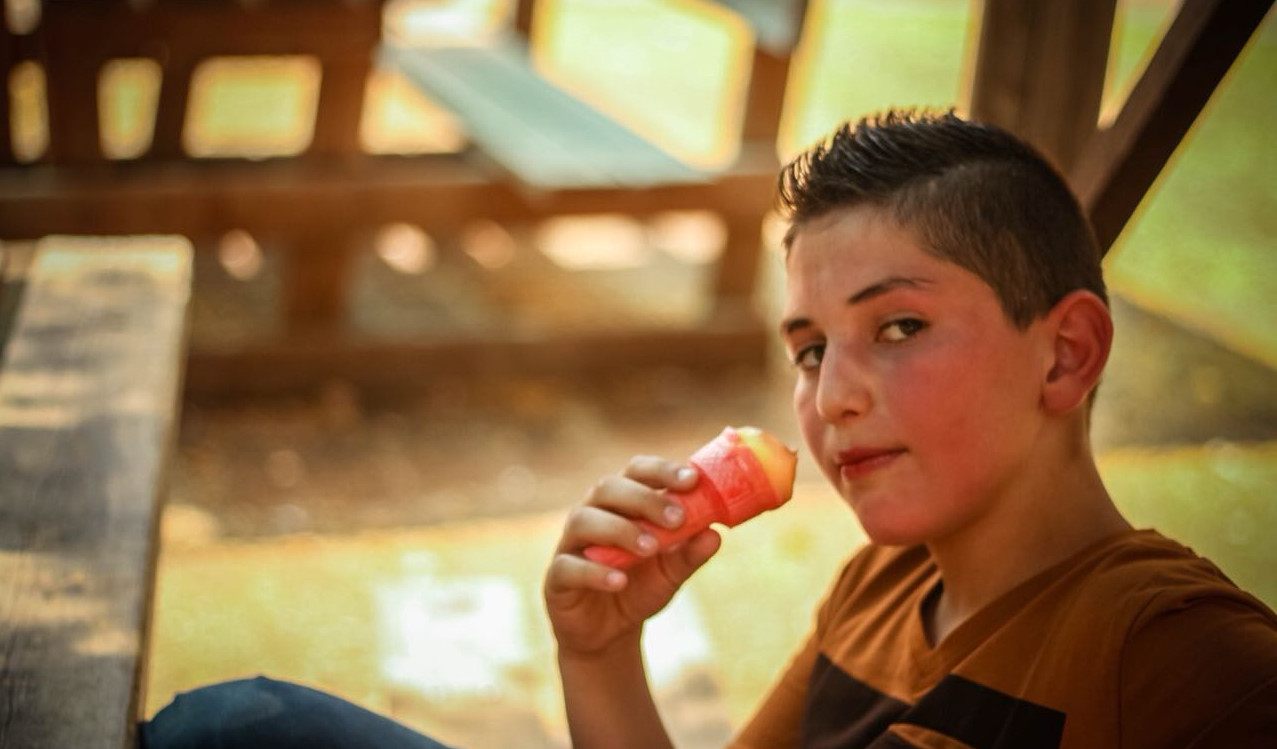 Hundreds of Palestinian parents are spending Palestinian Prisoners’ Day (17 April) with their children behind bars, including Farehan Farrah whose son Shadi was detained when he was just 12 years old.

Around 6,500 Palestinians are being held in Israeli prisons, including over 350 children. Over 90 are minors up to the age of 16. Since 1967 Israeli forces have arrested more than 800,000 Palestinians and over 70 Palestinian prisoners have died from torture.

Shadi was arrested at a bus stop in Jerusalem in late 2015, along with his friend Ahmad Zaatari, while on the way home from school. They were held and interrogated for several days before eventually being charged with attempted manslaughter and sentenced to two years in prison in January 2017. It is reported that the charges are based on one witness claiming that the boys had been talking about stabbing soldiers. Human rights organisations say there is a lack of evidence.

Interrogation, including threats, abuse and sometimes physical violence, of arrested Palestinian children – without contact with a lawyer or parent – is all too common. According to B’Tselem – The Israeli Information Center for Human Rights in the Occupied Territories – minors’ rights are “regularly and systematically violated” and they are often forced to confess through these kinds of interrogations.

Shadi was held for a year before being sentenced. Incarcerating Palestinians without trial or charge is done increasingly routinely in Israel. There are over 420 administrative detainees in Israeli jails – as of the end of February, four of them were Palestinian minors. It can happen indefinitely and be based on ‘evidence’ kept secret. This practice, particularly when used on children, violates international humanitarian law in many ways.

Since February there has been a boycott of all court proceedings regarding administrative detention. Addameer Prisoner Support and Human Rights Association reports that, since this action began, prisoners have been threatened, beaten, and forcibly made to attend military court hearings, while lawyers have been threatened with a financial penalty if they continued with the boycott.

Members of Shoal Collective spoke with Farehan Farrah about her son and the family’s fight for justice on Palestine Prisoners’ Day.

Why was Shadi arrested?

Shadi has been in prison for two years on suspicion that he was planning to commit a crime. At the time of his arrest there was huge anger in Jerusalem [against the occupation] and there were teenagers attacking people on the Jerusalem light train. He was coming back from school and someone called the intelligence about him, even though he wasn’t related to anything that happened in Jerusalem.

It was December when my son was arrested and first he was locked in a cold room, with the air-conditioning left on. He was interrogated for six days straight. When they interrogated him they used electric shocks. They interrogated him for long hours and late into the night. There are videos which show blood coming from his mouth, and Shadi asking about how late it was.

Shadi has a Jerusalem ID. Did this help him when the court sentenced him?

At the same time that Shadi was in court there was an Israeli sixteen year old who was also in the court for attacking a soldier and breaking his hand. They sentenced him to just three months. He lived in Jerusalem just like Shadi. The family made his sentencing a big hell, [talking about] how it would affect their child psychologically. And when an Israeli soldier, [Elor] Azaria, shot dead a Palestinian man called Abdel Fattah al-Sharif [who he was detaining on the ground], they sentenced him to just 18 months.

Shadi was kept in detention for one year and then they sentenced him to another two years in prison. This was the first time that the [International Committee of the Red Cross] had seen a case of a child as young as twelve years old in prison. He is in Tamra prison in the Galilee region of northern Israel, and he’s now fourteen years old.

When Shadi turned fourteen, the Israeli Attorney General appealed to the court to retake the case as he felt that the punishment was not enough. Shadi refused to let anyone represent him in front of the judge. He represented himself, and he told them that they had violated international law. The judge didn’t increase his sentence. In six months’ time he will have been in jail for three years. He has grown up in these three years.

What are conditions like for Shadi in Tamra prison?

They shaved his head totally as a form of psychological pressure. He has nice hair and he used to gel it and take care of it.
For the last two months he was in solitary confinement: no visits, no physical training, no going outside, no education, nothing. A week ago he went on hunger strike for two days. He told me that he was banned from doing anything and that the only things that he was allowed to do were eating and breathing. He said: “the food I can control and I don’t want it.” The Israeli administration of the prison were panicking that he was on hunger strike because he is so young. They contacted us to tell him to stop, but I said that I wouldn’t do that. After the hunger strike they stopped the punishment.

So he will be released in six months’ time?

Yes. But, if he does anything wrong when he is released he will automatically go to jail for another five years.

Is there anything that people internationally can do in solidarity with Shadi?

I was touring in the US [calling for solidarity with Shadi]. There was a lot of sympathy. I even met with the Secretary General of UN. In England there was a big demonstration for Shadi. International solidarity is very important and this has been useful in our movement. Every small action is important and accumulates. Everything that’s done here and there raises awareness.

When we talk about Shadi’s case it’s a symbolic case for Palestine. We wish that the voices of all the mothers of jailed Palestinian children can reach the world so that everyone knows how it feels for these mothers.

We thank you for asking us about our suffering. I wish for all the children and mothers to live in freedom and that we won’t have to go through this suffering. We are mothers who love life and love our children and we’d love to see them growing in front of our eyes. I wanted to watch him grow up, not be surprised that he’s grown up in jail. I hope that he also achieves his dreams that he talks about, like travelling around the world and studying to be an engineer. I wish that he could have lived what has been stolen from his childhood.

Palestinians are calling for a boycott of companies providing services to the Israeli prison system. A list of these companies can be found here.

Kept in administrative detention for being a ‘man of influence’