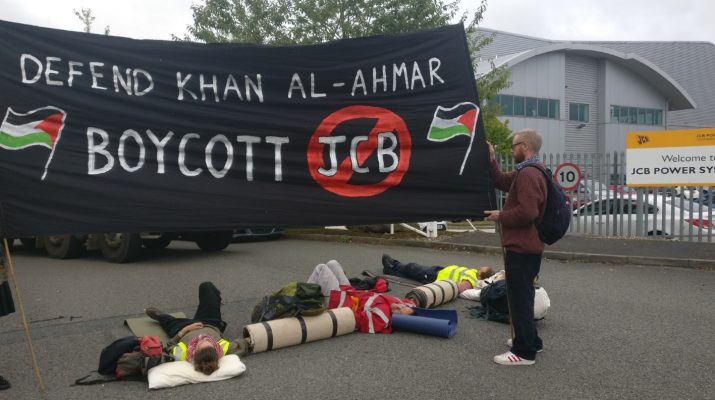 A group of activists closed down the JCB distribution centre in Derby, UK, this morning to protest the company’s involvement in demolitions of Palestinian homes. The activists locked themselves together in front of the JCB centre in order to prevent lorries from entering or leaving.

JCB has been targeted in response to the Palestinian Boycott, Divestment and Sanctions (BDS) National Committee’s (BNC) call last week in response to the threat of destruction of an entire Palestinian village. The Israeli state is currently attempting to destroy the village of Khan al-Ahmar, using equipment provided by JCB and other companies.

The Palestinian BNC gave the following statement: “Popular struggle and international solidarity have defended Khan al-Ahmar until today from expulsion, and have stopped the bulldozers manufactured by international corporations from inflicting destruction … It is the role of the BDS movement to mobilize global pressure against Israel’s impunity in perpetrating war crimes and crimes against humanity and against corporate complicity in these crimes. ”

They called on ordinary people around the world to take the following actions in solidarity with the people of Khan al-Ahmar, and all other Palestinian communites facing demolition by the Israeli state :

“Organize protests at the offices of the JCB, Caterpillar, Volvo, Hyundai, Hitachi and LiuGong. Ask them to terminate their contracts with Israel’s occupation forces, and to commit to halting the delivery of all further equipment or services that may be used by Israel in activities that violate fundamental human rights of the Palestinian people.”

It is in response to this call from the Palestinian BDS National Committee that we are protesting today. We call on JCB to to end all its dealings, whether direct or indirect, with the Israeli state and stop its complicity with the illegal and immoral home demolition policy in occupied Palestine.

Read more about JCB and the Israeli occupation here. 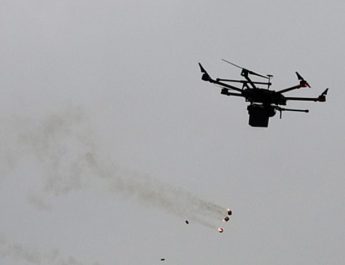 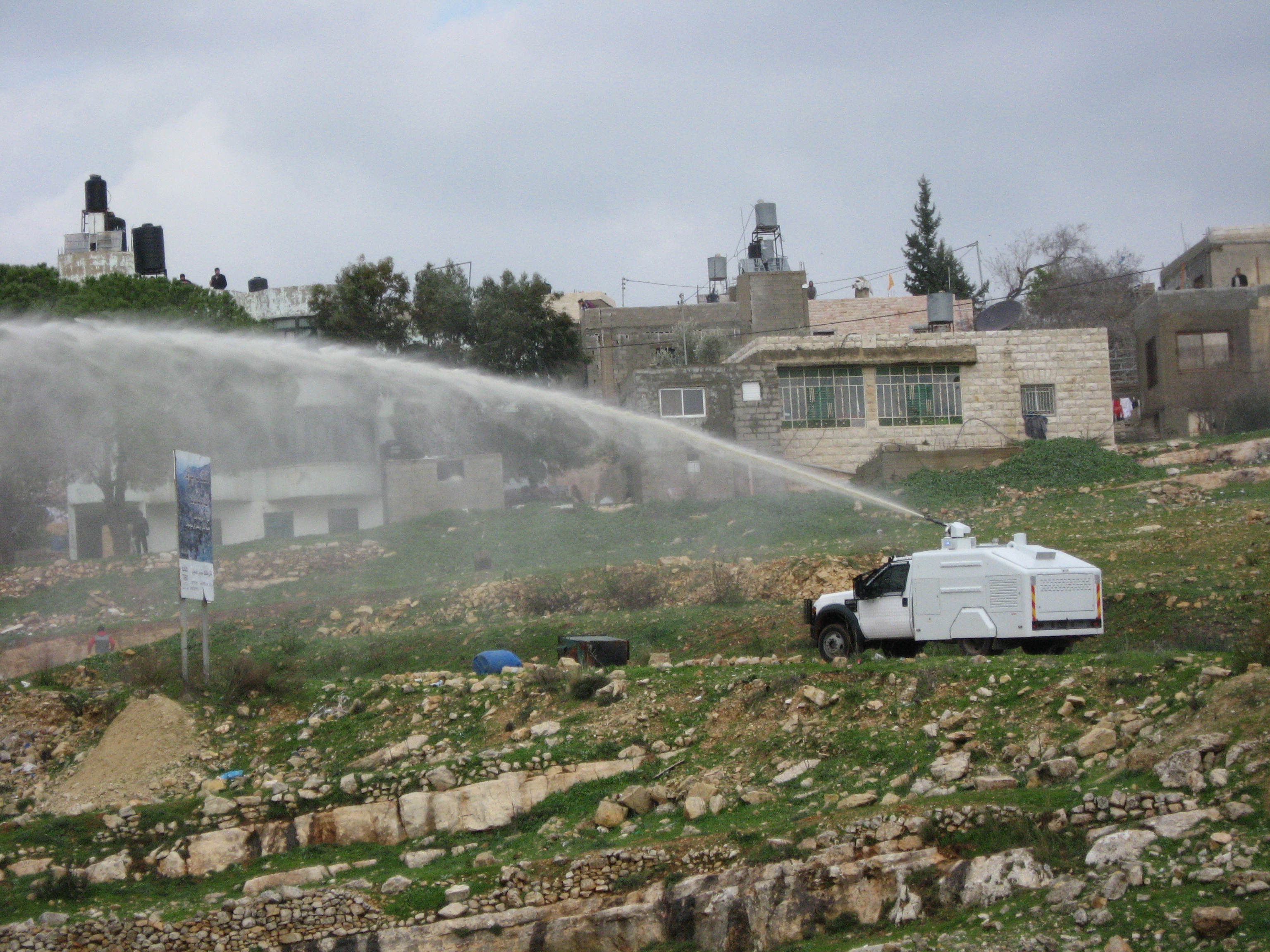 Ford vehicles adapted and used for internal repression by Israel