By Corporate Watch, with contributions from Shoal Collective

In Greece, as the economy returns to “business as usual” after the financial crash, the government is selling off massive new oil and gas fields in the Ionian sea and on the country’s western coast. But from Corfu in the north to Crete in the South, a resistance movement is growing to “save the Greek seas”. See our article here for an introduction to what’s happening.

One of the companies involved in the black gold rush is Energean: a fast-growing oil and gas company focused on the Eastern Mediterranean. It is currently active in Greece and Israel, but quickly expanding into new European and North African sites. Set up by Greek businessmen Mathios Rigas and Stathis Topouzoglu, until recently it was registered in Cyprus. But in 2018 Energean went global, becoming a UK-based Public Limited Company (PLC) listed on the London and Tel Aviv stock exchanges.

The company has grown dramatically in a few years, thanks to cash injections from a number of powerful global investors from the US, UK, Israel and Argentina. Twelve years ago it was a £1 million operation running one small oil field in north-eastern Greece. Now it is valued at nearly £1.8 billion, and is becoming a major player in the strategically important struggle for Mediterranean resources. 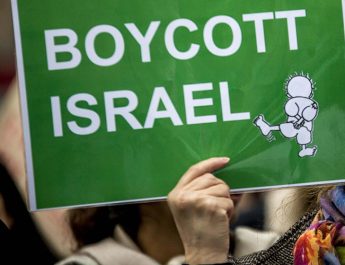 Palestinian women’s union calls for a boycott of Israel