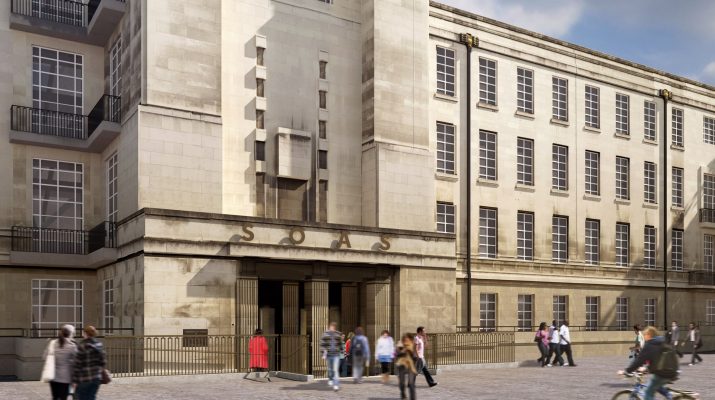 The School of Oriental and African Studies (SOAS)1

SOAS Faculty of Arts and Humanities is funding several academics who are participating in a joint programme with the Hebrew University (Israel) and Al Quds University (Palestine) called ‘Sensory City’.2 The project explores how “sensory landscapes, performed behaviours and the built environment shape narratives of place, space and community in the Old City of Jerusalem.”

Academics in the Department of the Study of Religions are currently preparing a conference on “Jewish Art in its Roman-Byzantine Context” in conjunction with the Hebrew University Jerusalem. This conference is scheduled to take place in Jerusalem in May 2012.

Both projects break the boycott of Israeli academic institutions called for by the Palestinian Boycott National Committee (BNC) and the Palestine Academic Boycott Initiative (PACBI).

BT: Part of a partnership with Israeli telecommunications firm Bezeq.3

HSBC: Investor in BAE Systems, supplier of arms to Israel.4

Unilever: Unilever fully owns Beigel and Beigel, a baked goods’ factory in the industrial zone of Barkan, which is a settlement in the occupied West Bank. In 2010, Unilever has announced it will move the factory of Beigel and Beigel from the settlement, however this has not happened yet.8

L’Oreal: Operates in Israel. Its Israeli subsidiary’s HQ is in Migdal Haemek, on land expropriated from the Palestinian community of Mujaydil.9 L’Oreal own Vichy, whose products are sold/promoted in several pharmacies in settlements in the West Bank.10

Nestle: The company owns 50.1% of the Israeli Osem corporation. Osem plans to build a factory for Nestle in Israel.11 Osem is a customer of two companies based in the settlements.12

Thermo Fischer: a partner of ICx Technlogies, supplier of security systems for the settlements, apartheid wall and checkpoints.13

Prudential: Investor in several companies who supply arms to Israel including Lockheed Martin, Boeing and Raytheon.16

Cisco: Has R&D investments in Israel.17 The company is a customer of Marvell Systems Solutions Israel.18

3m: A customer of Ofertex. Ofertex is an Israeli company based in Barkan Industrial Zone in the occupied West Bank.20

Barclays: Hold shares in Raytheon,21 and provide market maker services to ITT,22 suppliers of arms to Israel. Barclays are also a major shareholder in Chevrolet and Rapiscan who supply baggage scanners for use at Israeli checkpoints.23 24

BT: Part of a partnership with Israeli telecommunications firm Bezeq.26

Honeywell: Partner of ICx Technlogies, supplier of security systems for the settlements, apartheid wall and checkpoints.30

Lloyds: Principal banker for BAE32 supplier of arms to Israel.33

Parsons Brinckerhoff: Provided planning services for the A1 train line through the West Bank (purchased by Balfour Beatty in 2009).34

4 thoughts on “British Universities’ Links to Israel – Part One: SOAS”