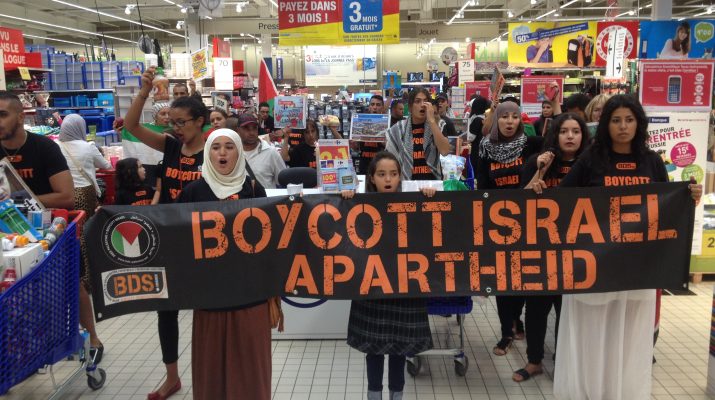 In 2008 Corporate Watch decided to begin writing to companies with accusations levelled at them by grassroots campaigners, sometimes entering into lengthy discussions with them. Many of these communications were published as open letters on the Corporate Watch website, under the header Dear Corporation, along with the companies’ responses.

Examples of these open letters include ones to companies contracted by the Home Office to provide asylum accommodation, companies exporting goods from illegal Israeli settlements in Palestine, coach companies providing services to the fascist English Defence League and so on. Many of these companies’ immediate reaction was angry threats. The assumption seemed to be that, despite the fact that the information we had published was truthful, a mixture of obfuscation, downright lies and allusions to legal perils would result in their being retracted.

On 28th January 2010, Corporate Watch wrote to Cargoflora,[1] a freight company involved in the distribution of imported flowers to UK supermarkets. The company’s partner, J&E Distributors Ltd, based in the same office as Cargoflora, advertises that it imports flowers from Israel. Corporate Watch had received information from campaigners that Cargoflora was providing services to Carmel-Agrexco, which sources its cut flowers from Palestinian land illegally occupied by Israel. Agrexco, a company partially owned by the Israeli state, owns packing houses situated on illegal settlements in the West Bank, such as Tomer, Massua, Ro’i, Netiv Hagdud and Mehola. Our open letter to Cargoflora asked whether, in light of this, Cargoflora and J&E Page Distributors Ltd would cease providing services to Carmel-Agrexco.

The company replied with anger, saying “the J&E Page group does not import flowers nor any other product coming from Israel.”[2] This claim was bizarre, to say the least, as the front page of the company’s website (www.jepage.com) advertised that “J&E Page are importers of the finest fresh cut flowers from around the world, including Colombia, Ecuador, Israel, Florida and Malyasia.” Denying what was obviously the case was a typical corporate response to the publication of dissenting views, effectively saying ‘that may be what we say in public but that’s just advertising spin.’

Our Dear Corporation letters have also often provoked legal threats. After receiving our letters, Cargoflora, the Angel Group, EDOM UK and Fyffes all threatened to instigate legal actions against Corporate Watch if we did not remove the open letters from our website. In all these cases, the threats came to nothing. We often responded asking what exactly was the information that they deemed to be inaccurate or libellous and they backed off.

When we wrote to Valley Grown Salads (VGS)[3] about it sister company EDOM UK’s export of goods from the illegal settlement of Tomer in the West Bank, the company director called us to protest that the claim was “completely untrue.” Our researchers spent literally hours on the phone to Jimmy Russo, before finding from a grower in Tomer, called Yair Azoulay, that EDOM UK had indeed exported produce from Tomer in 2009 and 2010.[4] Interestingly, it was the VGS director who had put us in touch with the grower. Russo’s motive in entering into protracted conversations with us can only have been in the hope that he would muddy the water enough to dissuade us from publishing a critical, but true, story about his company.

This confidence that offending, but nonetheless truthful, articles would be removed is the result of the majority of the mainstream media’s cowardice in the face of legal threats. For instance, during the 1980s and 1990s, McDonalds were able to achieve the removal of dozens of press stories criticising the company. McDonalds, and other companies, did this by using libel laws: Channel 4, The Guardian, the BBC and countless other media outlets withdrew claims critical of the company and apologised. It took two penniless and obstinate campaigners, Dave Morris and Helen Steele, who had distributed a leaflet accusing McDonalds of selling unhealthy food, perpetuating the abuse of animals, causing excess litter and exploiting workers, to refuse to back down and defend their claims in court. Helen Steele, one of the defendants, said of their decision to fight:

“When I was quite young, there was a boy at the end of our street that used to go around bullying everyone and bossing everyone around, and everyone used to go crying to their mums and dads. Eventually my mum got fed up with it and said ‘well, hit him back”, – so I did and after that he didn’t hassle me any more. Well, it’s the same with McDonalds really – If somebody’s trying to make you do something that you don’t believe in, then you have to stand up to them and say, I’m not going to do it, you know; I’m not going to give in to your intimidation and bullying.”[5]

However, the mainstream media, who have bank balances to protect and legal departments to keep them in check, don’t tend to see it that way and stories are withdrawn, often at the first grumble of complaint from corporate lawyers. Many more stories, even those which are factually correct and verifiable, never find their way into the mainstream because of edgy newspaper legal and advertising departments and the pressure put on them by corporations. In the last two years, Corporate Watch has handled media enquiries from dozens of investigative journalists writing for mainstream newspapers, who have meticulously researched stories criticising corporations. The vast majority of the time, these stories are pulled, usually with no explanation, but it is clear that the editors and legal departments have thought better of tickling a corporate monster.

In 2008 Corporate Watch wrote to the Soil Association (SA) pointing out that some of the fresh goods that it certified were produced on illegal Israeli settlements in the West Bank and that the Palestinian workers involved in their production were underpaid, not allowed to unionise and were often under 18. These were issues which had been brought to the Soil Association’s attention by consumers and campaigners over a number of years. However, the previous responses by the organic food certification charity had been to not take the issue seriously. When Corporate Watch wrote to the SA, it clearly took our approach more seriously, presumably because of the implicit threat of publication, and agreed to meet us.

A Corporate Watch researcher visited the SA in 2009 and met with an operations manager and a director of the organisation. The atmosphere was informal and the researcher was told that the SA was sympathetic to the concerns we had raised. At first the SA attempted to deny the claims, stating it could not be sure where the goods it certified came from, as it took the word of the Israeli certifier, Agrior, that the goods were organic. In the course of Corporate Watch’s engagement with the SA, which carried on for several months in the form of emails and phone calls, it became clear that the SA did certify Israeli settlement products as organic.

Secondly, the SA ignored the concerns raised relating to worker’s rights and repeatedly attempted to frame our concerns as being purely about the legality of the settlements. This tactic of honing in on one issue and ignoring all others can also be seen in the way corporations deflected criticism of GM (framing it as an environmental concern and ignoring the socio-economic issues) or of climate change (restricting the discourse to carbon footprints rather than the sustainability of economic growth).

Thirdly, the SA used the engagement with Corporate Watch as a holding tactic to delay dissent. During our talks with the SA, our researcher mentioned that there was a possibility that a legal opinion would be produced on the legality of selling settlement goods. In the event, such a legal opinion never appeared. The SA used the absence of this legal opinion as an excuse to justify carrying on business as normal, despite the concerns we had raised about child labour and non-payment of the minimum wage, contravening IFOAM’s organic standards, which should have given the SA reason enough to reassess its supply chains.

Corporate Watch’s engagement with the SA carried on until the Summer of 2009, during which time we sent them videos showing that child labour was used at an Israeli settlement, Tomer. The SA admitted that it had certified food grown in the settlement. In spite of this, in Summer 2009, despite the severity of the issues we were raising, our calls and emails ceased being answered. The SA has mentioned its discussions with Corporate Watch and others in its communications with consumers and clients, claiming that, due of the lack of the legal opinion, the information provided was not sufficient for it to change its practices. So our engagement, which was first used by the SA as a delaying tactic, has now been used as a tactic to effectively deflect dissent.

The rules of engagement

A few lessons can be learned from the engagements described above. Firstly, that corporations attempt to stymie criticism through legal threats and obfuscation, regardless of the veracity of the claims. Secondly, that engagement with campaigners may be used to delay dissent. The important thing to remember, as a grassroots campaigner engaging with corporations, is that action against a corporation should not stop while discussions are ongoing. It may be useful to have a channel of communication with a corporation but our power does not come from the persuasiveness of our argument or the efficacy of our negotiations on the company’s own territory. It comes, rather, from our ability to directly affect a company’s profits and reputation, which can only be achieved, we would argue, through action. 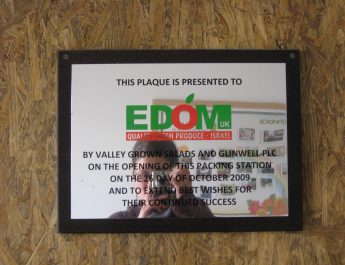 A Valentine's message from Cargoflora