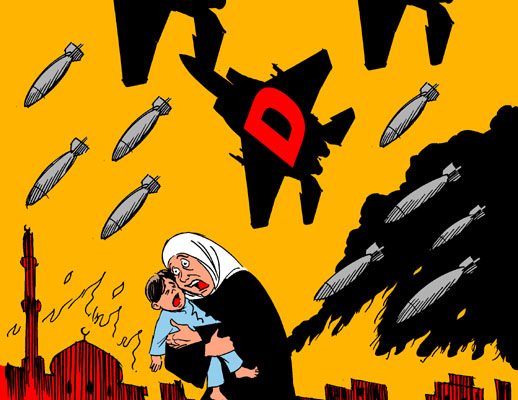 Smash EDO, the campaign to shut down the EDO MBM arms factory in Brighton, is planning three months of action, dubbed the ‘Summer of Resistance’ in May, June and July 2012. However, they are facing opposition from Tory council members.

The campaign has been taking action aimed at closing the factory down since 2004. Hundreds of demonstrations have been held outside the factory gates, acts of sabotage have been carried out and, in 2009, a decommissioning of the factory was carried out during the Israeli massacre in Gaza. Nine people were put on trial for conspiracy to cause criminal damage but were found not guilty after arguing that they were attempting to prevent war crimes being carried out with the help of components made at the factory.

The Summer of Resistance is the result of a change in tactics from the initially successful demonstrations (see here and here at the factory. However police tactics at the Hammertime demo in 2010 prompted campaigners to opt for a concerted push for a whole summer rather than relying on the effectiveness of sporadic mass demonstration.

On March 22nd 2012 Brighton and Hove Conservative Party proposed a motion to the council meeting condemning a Smash EDO’s demonstration on 4th June and calling for its cancellation. Tory council members claimed that the demonstration, which is against the threat of an attack on Iran, will interfere with the Queen’s Jubilee celebrations. However, the proposer of the motion, Tony Janio, failed to declare that he has worked for a multinational arms manufacturer with a close relationship with EDO MBM since 1990.

Tony Janio has declared in his register of member’s interest that he works for Thales, a French arms company. Thales is EDO’s partner on the Paveway IV Precision Guided Bomb programme. Andrew Beckett, spokesperson for Smash EDO said:

“Tony Janio claimed that the motivation for the motion was concern that the demonstration would cause disruption to the people of Brighton. In fact his actions are more likely to be motivated by a desire to protect a business partner from public anger and scrutiny.

Smash EDO’s demonstration on June 4th is planned to highlight the threat of an attack on Iran by Israel and the US and to demonstrate against British involvement in such an attack which, like the 2003 attack on Iraq, is motivated by a desire to dominate Middle-Eastern oil reserves. Iran has the fourth largest global reserves of oil.”

The seconder of the motion was none other than Graham Cox who, up until last year was Head of Sussex CID and Chief of Sussex Police.

According to Brighton based anarchist newsheet SchNEWS, Graham Cox sat on the Force Executive Board, agreeing to policy as Sussex Police supported EDO MBM against the Smash EDO group, and even suggesting they take out a controversial injunction in 2005 that would have outlawed protests outside the factory gates with a five-year prison sentence for disobedience.

The ‘Summer of Resistance’ will begin on May 1st with a mass noise demo outside the gates of EDO MBM. Smash EDO are calling for groups to travel to Brighton and carry out autonomous actions against the factory. A full list of the campaign’s public actions can be found here: