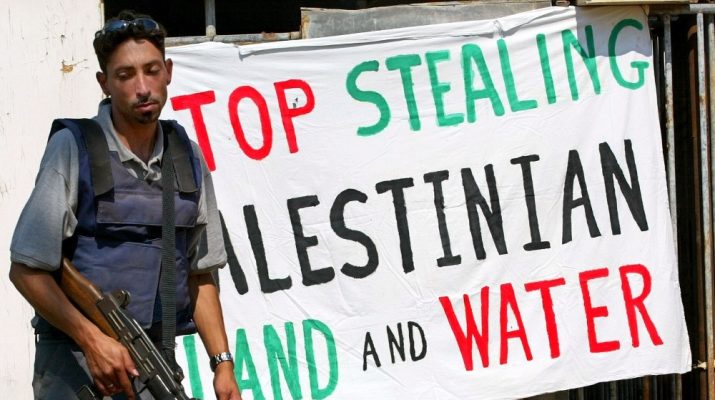 An Israeli company which supplies water infrastructure in Israel’s illegal settlements in the West Bank is gaining contracts to supply equipment to water companies in the UK. Israeli company Arad has gained a contract to provide Southern Water with £7.1 million worth of water meters annually for five years with the option to extend when the contract expires. The contract was signed in February 2010 and the meters are currently being installed. Arad is also providing pressure sensors to the Welsh water utility.

Arad has installed 3,200 water meters in the illegal Israeli settlement of Ariel and the Barkan settlement industrial zone. The water system is managed by the Mei Ariel Water Corporation.

Palestinians living in Area C, unable to access piped water due to the restrictions on building imposed by the Israeli Civil Administration, are often forced to fill up water tanks, transported by tractor, at Mekorot’s water facilities. These fenced water facilities are often situated beside Palestinian communities and draw water from occupied Palestinian territory.

Water is also used as a tool in the ethnic cleansing of Palestinian communities. Water is denied to these communities as a way to push them off the land on which they live and into urban centers so that their land can be expropriated by the settlements. For example, back in 2009 Bedouin man from Khan Al Ahmar, where the entire community is currently under threat of home demolitions and relocation, told Corporate Watch that he had to to drive a mobile water tank by tractor to Jericho and pay to have it filled up with water from Mekorot.

This journey takes between half an hour and an hour. Despite the fact that the nearby settlement has several large water tanks, surrounded by strong fencing, the tents which the Bedouin live in have no access to running water and they are not allowed to use the water located right next to them. Corporate Watch visited Khan Al Ahmar in 2013 and this situation had not changed.

Arad has been awarded contracts in the US , Brazil and Canada and boasts that it has a large slice of the Spanish water ‘market’. However, the company is focussing its efforts on the UK. Arad’s website states that “The UK was targeted by Arad years ago as the preferred market for implementing its products and services including water management systems.” Arad’s efforts are being facilitated by the British-Israel Chamber of Commerce which named Arad Israeli company of the year in 2010.

The award of these contracts by Southern Water to a company which supplies water infrastructure in illegal settlements should never have occurred. It is of utmost importance that the movement for boycott, divestment and sanctions against Israeli apartheid, colonisation and militarism halts the expansion of this company which is profiting from one of the most fundamental facets of Israeli apartheid.

A first step towards this would be for people in Sussex to resist the introduction of Arad’s water meters in homes across the county. 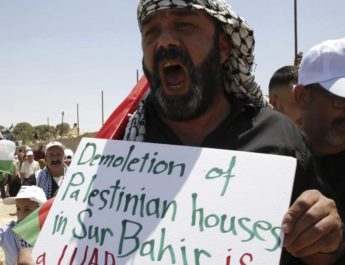 An open Letter to JCB and its owners, Anthony and Carole Bamford