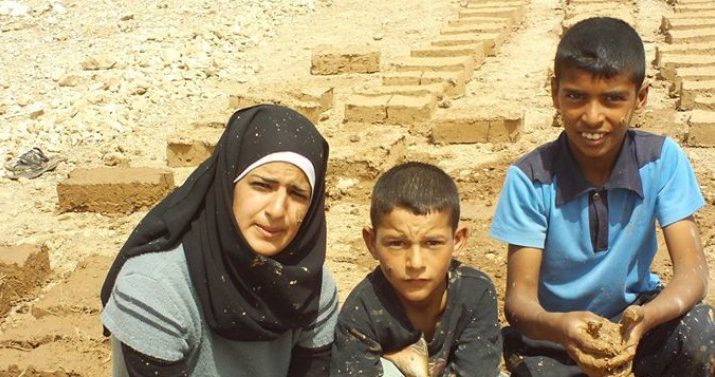 Yesterday we reported that Sireen Khudairy had been arrested by the Israeli military and called for her release – see here and here.

Corporate Watch just received notification from an activist who attended court that Sireen has been released. Thanks to everyone who answered the call to support Sireen. However, we would encourage everyone to remain vigilant and be ready to take further action should the harassment of Sireen continue.

Sireen and her family have encountered continued harassment from the Israeli military for the past year and they may need our support again – see Free Sireen for updates.

Sireen was imprisoned overnight in HaSharon prison inside the 1948 borders of Israel. The transfer of Palestinian detainees from the West Bank into Israel is illegal under the Geneva Convention, which states that prisoners arrested within an occupied territory should only be imprisoned within the occupied territory.

In 2007 the British-Danish company G4S signed an agreement with the Israeli Prison ‘Service’ (IPS) to provide it with equipment and services (see this report by Who Profits?, page 7). In doing business with the IPS G4S is complicit in Israel’s continued breaches of international law. For more info on G4S see Corporate Watch’s company profile and http://stopg4s.net/

Here is a report from the Solidarity Movement for a Free Palestine (SFP) on Sireen’s release:

“SFP is pleased and relieved to announce that Sireen was released today at 17:15 from Salem Military Court to the safety of her family.

Sireen was brought to the Courtroom at 10:30am after being made to stand outside for an hour with her hands and feet shackled and without a jacket.

Once brought into the Courtroom Sireen endured a relentless questioning until 17:00. During this time her feet remained shackled and she was made to stand throughout with no jacket in a freezing courtroom.

An international was present throughout the proceedings and was also able to observe several other Court proceedings of kidnapped Palestinians.

Sireen was brought to Salem at 08:00am after being kept at Huwwara military camp until 12noon on the day of her kidnapping. At Huwwara military camp she was made to stand outside in the freezing cold with no jacket, blindfolded, shackled (hands and feet) and with no shoes for several hours. She was then taken to another camp the location she was uncertain of but it was 15 minutes from Huwwara, before being returned to Huwwara And then transferred to Hasharon prison overnight.

Sireen also stated that outside her home she was told by the Shabak that they would not handcuff her if she came quietly. This was in the presence of a British citizen. As soon as she was outside and out of sight of her international friend she was handcuffed, shackled and blind folded.

Throughout the Court proceedings there was an assumption of guilt on the part of the Court, with the Judge presiding heavily bias against Palestinians. The whole process is designed to be dehumanizing and bias.”