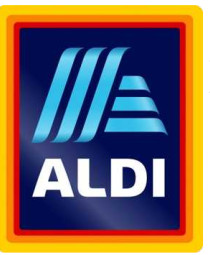 In 2009, Aldi was caught out selling grapefruit from Israeli company Carmel Agrexco, labelled as a product of Cyprus.[1] The scam led to the German supermarket publicly admitting it had misled European consumers.

This may well have been a deliberate attempt to evade popular boycotts of Israeli goods in the aftermath of Israel’s invasion of Gaza in December 2008.[2]

In 2013 Aldi’s Dutch subsidiary informed suppliers it was no longer willing to sell produce from Israeli settlements. 3 The ban put the onus on the suppliers to verify the origin of items marked ‘Made in Israel’, a procedure which is obviously still open to abuse. The decision was clearly the result of boycott-related publicity. According to the Times of Israel, a spokesperson from Aldi stated that the company was not interested in its products “being part of public discourse in any way.”[4] Within days of the announcement other representatives of the company’s Dutch subsidiary were claiming: “Aldi would like to emphatically state that it does not boycott products from the Occupied Territories.”[5]

During 2019, Corporate Occupation received photos of Israeli Hass avocados on sale in Aldi, supplied by Galilee (see page 33). Galilee is one of the main export companies sourcing from the Jordan Valley settlements. Corporate Occupation also photographed avocados supplied by Mehadrin, another export company sourcing from the settlements (see page 26).