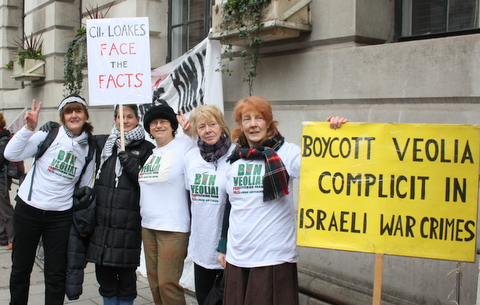 Veolia, the world’s biggest listed water utility company, has announced that it will pull out of half of the 77 countries it operates in due to financial difficulties. Veolia is the subject of a mushrooming campaign by the boycott, divestment and sanctions (BDS) movement due to its operations in Israel and in occupied Palestine (see Still doing Israel’s dirty work veolias tovlan landfill in the jordan valley).

Campaigns by grassroots groups have cost the company billions of dollars through exclusion from public tenders. At the beginning of August 2011 it was announced that Ealing Council in London had failed to select Veolia for a comprehensive tender for its domestic refuse, street cleaning and parks maintenance contract. The contract is worth approx £300m in total over 15 years and one of Ealing Council’s largest single contracts.