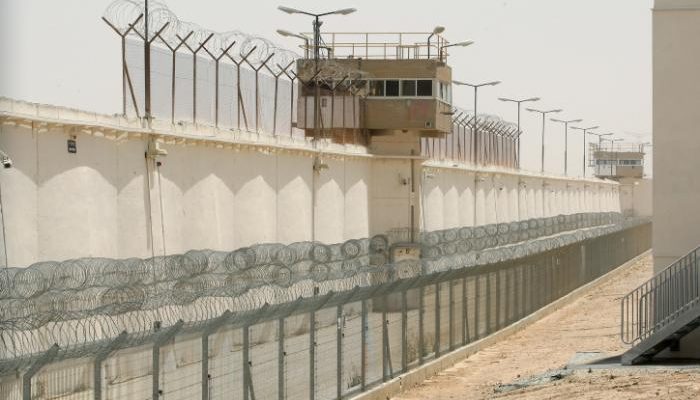 Palestinians have called for international action on 17 April 2013 in solidarity with Palestinian prisoners held in Israeli jails. Corporate Occupation has been investigating the companies involved in the Israeli prison system and this article is part of a series of articles and interviews which will be released over the coming weeks focusing on companies providing equipment and services to Israeli jails.

The interview gives evidence of abuse and the use of human shields during arrest. The interviewee was arrested in the West Bank under military law but transferred between dozens of prisons inside Israel where he was tried and imprisoned. The transfer of Palestinian prisoners from Gaza and the West Bank inside the 1948 borders of Israel is in breach of the Geneva Conventions.

The Convention explicitly states that “Protected persons accused of offences shall be detained in the occupied country, and if convicted they shall serve their sentences therein” (Article 76). Addameer, a Palestinian prisoners rights group, has reported that on 1 February 2013 there were 4812 Palestinian prisoners in Israeli jails, all but 185 were from occupied territory and all but one of the 17 Israeli prisons which hold these Palestinians are inside Israel, in breach of the Geneva Convention (Israel also operates four interrogation centres inside the West Bank).

The interview also highlights the use of isolation in Israeli jails as well as the denial of family visits to Palestinian prisoners. Since the outbreak of the Second Palestinian Intifada [uprising, or shaking off] the Israeli Prison ‘Service’ has obstructed family visits. These visits are made much more difficult, if not impossible, by the fact that the majority of prisoners are imprisoned within the 1948 borders.

Addameer’s reports that “visits to Palestinian prisoners and detainees are restricted to first degree relatives – children, spouses, parents, siblings and grandparents only, thus isolating the detainee from his or her social and professional environment. Men between the ages of 16 and 35 are typically prevented from visiting prisons inside Israel and receive the special entry permits only once a year if they are the brother of the detainee and bi-annually if they are the son of the detainee.”

Prisoners from Gaza were banned from receiving family visits in 2007, their reinstatement was a main demand of the recent hunger strike. Although it was promised that visits would resume as a result of the strike only about half of the current Gazan prisoners have received a visit. For families who do gain permits to visit the round trip can take 15 hours, as most prisoners are detained within Israel and visitors undergo strict security checks when leaving the West Bank. Visits are generally for no more than 45 minutes.

Tom Anderson: Could you tell me a little bit about yourself?

My name is Abed . I am 45 years old from Bziq in the Northern Jordan Valley. I cannot remember how many times I have been arrested. On the last occasion I was arrested on 13 June 2002. I stayed in prison for nine years and eight months. I was released through the Gilad Shalit deal [A deal where 280 Palestinian prisoners were exchanged for the release of Gilad Shalit, an Israeli soldier captured in Gaza].

TA: Can you tell me about your arrest?

Abed: I was arrested at my house in Tubas, the Israeli military had surrounded the town. They came to the house at 2.30am and exploded the doors, held my family in one room then they made other people from Tubas enter my room before them to check there would be no resistance – they threatened them with violence if they didn’t do that – they put me in a jeep and blindfolded me, one huge soldier slapped me.

They took me with some other prisoners to an empty Palestinian house in Tubas to interrogate us, we were kept there until 8am and then they took us to Tasysir [a military checkpoint]. From Taysir they took 11 of us to Al Jalameh and four to the military training area in Ma’ale Efraim. We stayed there under the sun with no food and with our feet and hands tied lying on the floor for five days.

We were only given water,the soldier who was patrolling was stamping on us while we lay there.
Then we were sent to Al Jalameh [a military interrogation centre], we were each put in a single room , one times one metre . I stayed there, always tied up, for 96 days. I remember I was in cell for between one and two hours, the rest of the time I was in the interrogation room in handcuffs, sometimes just sitting, sometimes being asked questions, When they were asking questions they were negotiating, “if you answer we will let you speak to your family on the telephone”.

I met my lawyer in court for the first time while I was in Al Jalameh, there was a three meter gap between me and him, we had to talk through glass over a telephone, we only had time to talk for half a minute, he had time to say “I’m your lawyer – I’m following your case” then the army took him from the court.

There were 22 charges against me, the main one was that I had planned to kill Israeli settlers and that I was part of the Al Aqsa Martyrs Brigade. I was also charged with killing settlers in the Northern Jordan Valley.

Sometimes they use a trick called the ‘bird’s trick’ during interrogation. This is where new prisoners come and join the prisoners and are friendly with them, they say, for example, that they are from Al Aqsa. They say “the organisation wants to support you and we just need you to sign these papers saying you are an activist”. The prisoners are a plant and the papers are used in the interrogation, this makes the prisoner give up and often sign a confession.

TA: And can you tell me about your court case?

In my first court case I was allowed to see my file. I was not allowed to speak. The case was adjourned and I was transferred to Ashkelon [a prison inside the 1948 borders of Israel] for one month then to Bir Al Saba [or Beer Sheva, again a prison inside 1948 Israel] for eight months, where I was kept in isolation. There were also eight other prisoners in isolation at this time, we were only allowed out for 30 minutes a day. I was transferred to another part of Bir al Saba prison where ten prisoners were kept together in one cell.

During my first two years I was not allowed family visits, after two years I was allowed visits twice a month through glass over a telephone receiver. I think the telephone was provided by Bezeq and the line is listened to by the prison service.

After three years I received a verdict from the court. I went to court but was not able to say anything. I was never able to say anything throughout the case. I was sentenced to another 14 years. After the first three days of interrogation the mukhabarrat [security services] had said that I would be sentenced to about 15 years so it seems that it had been decided from the start and the court process was just a sham.

There was a secret file in my case and a secret Palestinian witness. One of the witnesses changed his statement during the course of the case but the court did not change the evidence. I was imprisoned, after that, in Jalboa, Shatta, Hadarim, Megiddo, Ofer, Dimon and Nafha.

Tell G4S to ‘come and see the prisons with their eyes’: Imprisoned without trial for being a member of a political party 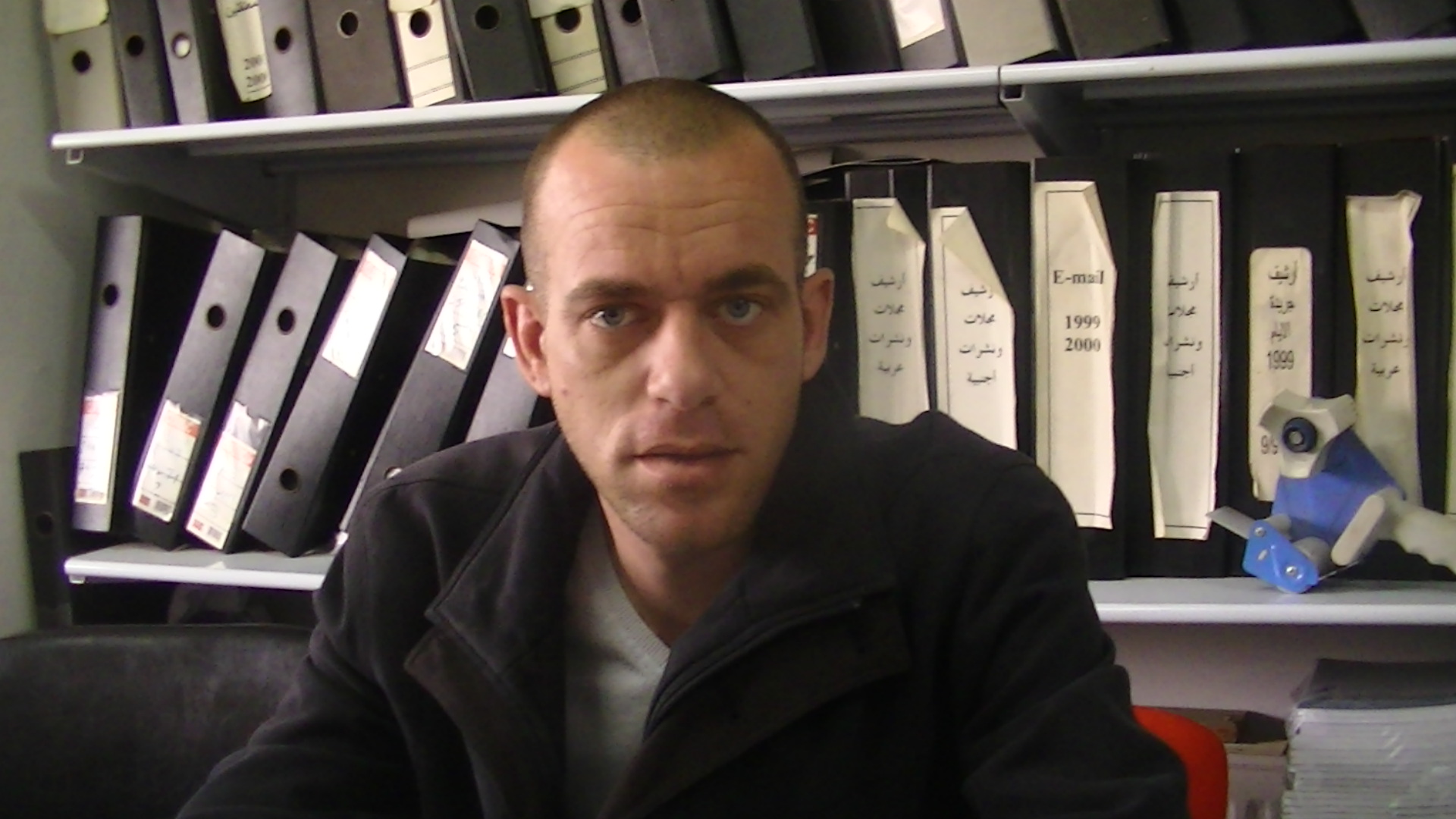 3 thoughts on ““I cannot remember how many times I have been arrested”: A decade in Israeli prisons”