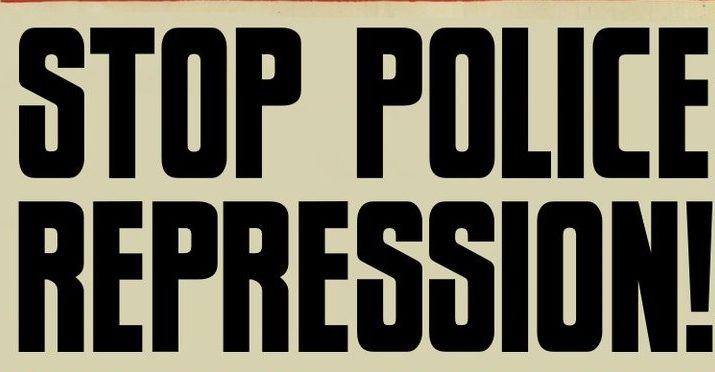 This year, three of Corporate Watch’s researchers (two of which work on Corporate Occupation) have been stopped at international border crossings and questioned by the police under Schedule 7 of the Terrorism Act 2000 (see here for example). Two of them were threatened with arrest if they failed to answer intrusive police questions and were asked a number of questions about Corporate Watch.

In July this year, another Corporate Watch researcher was stopped on a bus crossing the border into France and questioned about the recent protests against the G8. The officer said, apologetically, that she had been told to question people involved with Corporate Watch.

This politically motivated harassment escalated last Tuesday 13 September when Tom Anderson, a researcher for Corporate Watch, was followed by a uniformed police Forward Intelligence Team (FIT) after attending a protest at London City Airport against the DSEi arms fair and on his way to support the Occupy DSEi protest at the gates of the EXCEL Centre at Custom House. On leaving the Occupy camp, Tom was tailed again and followed to the Corporate Watch office despite the fact that no crimes have been alleged to have taken place at either protest and no-one had been arrested.

The FIT, who had now been joined by a plain-clothes officer, watched and waited while he had breakfast, and followed him onto public transport, including changes between the Docklands Light Railway and overground trains. They often walked so close to him that if he stopped they would bump into him. The FIT, who had been joined by a Metropolitan police van, then tailed Tom around Hackney for over two hours. They followed him into a cafe and a public library before boarding an underground train with him to Aldgate East and the Corporate Watch office.A uniformed police presence remained outside our office throughout Tuesday and Wednesday. This was scaled down to a plain clothes presence on Thursday.

We condemn this police repression, which constitutes harassment of a radical independent media organisation. We have obtained legal advice and are in contact with the National Union of Journalists.